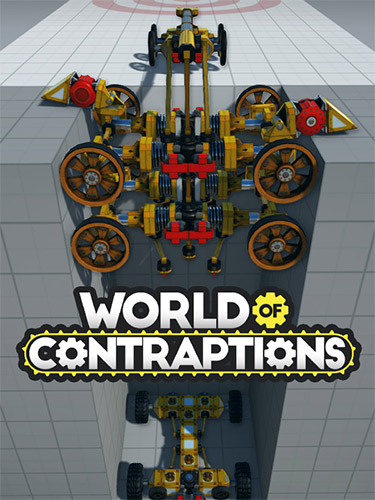 For each challenge offered in the World of Contraptions levels, you can count on a gigantic collection of blocks with different types of functionality. Structural blocks to define the shape of your contraption, wheels for movement, motors to give life to your creation, in addition to several other auxiliary blocks that can be useful to overcome different types of obstacles.

Construction: Plan and build your ideal contraption for each challenge in an easy and intuitive way.
Logic Mode: Create small routines using a set of instructions to facilitate the control of your contraption.
Level Editor: Build and share your own levels using the level editor or play community-created levels.
Replay Mode: Review your last move from other angles, in slow motion or backwards in replay mode.
A set of tools to build the contraptions:
Construction system based on group of connected blocks;
Full control over which blocks are connected with which;
Pivot system that makes it easy to add blocks at several different points;
Possibility to use axis connection (hinge) in any block;
Possibility to transform groups of blocks into an inventory item for easy reuse.
110+ different blocks.
100 levels with different obstacles.
An open level sandbox.
A challenge level “mountain”