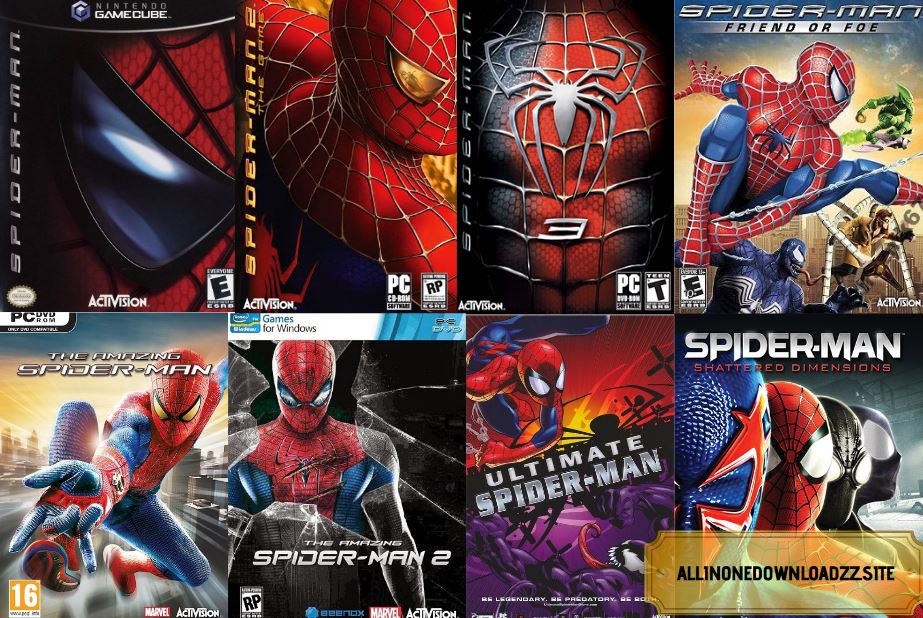 The Marvel Comics superhero Spider-Man was created by Stan Lee and Steve Ditko and first appeared in Amazing Fantasy #15 (August 1962). By the late 1970s, Spider-Man had become a successful franchise. At this time the fictional character had already featured in the animated series Spider-Man, a segment on the children’s television series The Electric Company (called Spidey Super Stories), and the live action prime time series The Amazing Spider-Man. As a result of the success, Marvel Comics licensed the character into a stream of electronic games.

In 1982, Parker Brothers published a game for the Atari 2600 (and its clone system, the Sears Video Arcade) titled Spider-Man. The action game involves climbing a skyscraper, capturing criminalsand defusing bombs set by the Green Goblin. It supports two players.

In 1984, Scott Adams released the second in the Questprobe series of text adventure games. The second in the series was titled Questprobe: Spider-Man, and involved Spider-Man hunting for a series of gems at the behest of a mysterious character named the “Chief Examiner”. The game was ported to the Commodore 64, Commodore 16, Atari 8-bit family, ZX Spectrum, PC, Amstrad CPC, and the Apple II. This was a first-person-perspective graphical adventure game, with commands entered textually.

In 1989, The Amazing Spider-Man and Captain America in Dr. Doom’s Revenge! was released for PC DOS, Amiga, Atari ST, Amstrad CPC, ZX Spectrum and Commodore 64.The game was written by Paragon Software Corporation, and published by Medallist (a subsidiary of MicroProse). The story of the game is told in a series of comic panels, with the game play similar to that of Street Fighter: The player, as either Captain America or Spider-Man, battles villains one-on-one until facing Doctor Doom.