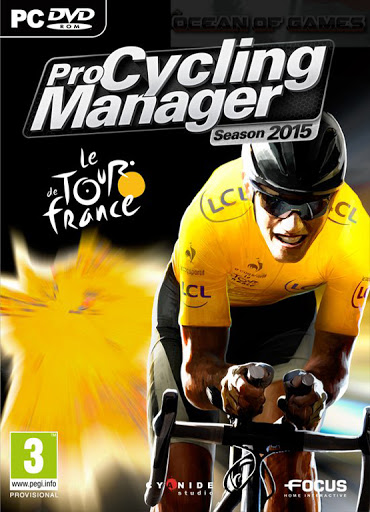 TAKE YOUR TEAM RIGHT TO THE TOP!

Become the sporting director of one of the pro cycling circuit’s 90 teams, and compete in a thrilling 2015 season. Participate in over 200 competitions (550 stages) and the ultimate challenge: the prestigious Tour de France 2015 and its official route. Recruitment, personnel management, finances, contracts with riders and sponsors, training programs and the race calendar: leave nothing to chance. Your role will be equally important during the race, where every decision will be crucial in your bid for victory!

Embark on a season in Solo mode or organize online competitions against virtual managers around the world!

Pro Cyclist: a new game mode where you create and control a cyclist from the start of his career and turn him into an international star!

Become the sports manager of a professional cycling team and take part in a great 2016 season packed with new features that will let you travel the world in over 200 cycling events (550 stages) including the famous Tour de France 2016 and La Vuelta.

Overhaul of the multiplayer mode for an ultra complete experience: creation of events, specific rules, leaderboards, cooperative mode…
Richer Pro Cyclist Mode with more developed relationships and interactions between you, your manager and your teammates.
Improved Career mode with a new objective system for a greater challenge.
More realistic thanks to graphic improvements, a new interface, a more advanced AI that takes into greater consideration cyclists’ abilities, weariness and behaviors during breakaways.
Share the content created by the players community using Steam Workshop (races, jerseys, database…)