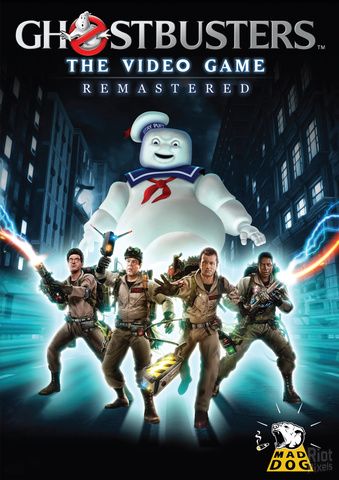 The beloved and critically acclaimed Ghostbusters video game is back and remastered for the Epic Games store!

Strap on your proton pack once again and join the Ghostbusters on the adventure with the voice and likeness of the original crew as you battle to save New York!

Authentic Ghostbusters Experience – The game features the voices and in-game likenesses of Bill Murray, Dan Aykroyd, Harold Ramis, and Ernie Hudson in an original story penned by the writers of the original films – Dan Aykroyd and Harold Ramis.

Storyline Campaign – Play through a unique storyline as the player battles and captures ghosts – both well-loved and brand new – throughout New York.

Quickfix for missing movies
On some systems the game defaults itself to 4K videos mode. So if you don’t have optional 4K Videos pack installed, you will face missing movies issue. It can be easily fixed, though.

Open Notepad, paste this string to it:
copy *.ogv *.mp4
Then save the newly created file as fix.bat to game’s video folder. Then run fix.bat in that folder (NOT as admin).
This will copy all existing 1080p videos to 4K filenames (with 1080p quality of course).