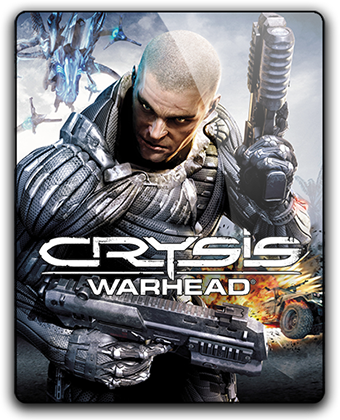 Crysis Warhead v1.1.1.711 Repack Pulse-racing new installment from 2007’s PC Game of the Year*: Play as Sergeant Sykes and experience a whole new side of the battle. A standard combat mission behind enemy lines becomes critical when you discover your enemies have captured something of vital importance to the ensuing war. It’s down to you to retrieve the cargo, at any cost.

As Sergeant Sykes, nicknamed Crazy, you have to take part in an operation that took place in another part of the island at the same time as the events of the original Crysis game. A senior North Korean officer is trying to get secret technology, and you, sergeant, must stop him. Use new weapons, equipment, as well as the ability of the nanosuit to complete the task assigned by the command. The fighting in another part of the island is much more intense – now your tasks are not reduced to the simple wording “survive at all costs”. You are Sergeant Sykes, and you must complete the task. Change, fight, survive! You can use new equipment, kill opponents with two hands from new submachine guns … or you can perform tasks quietly and silently. The choice is yours!

Game Features:
▪ The incredible continuation of the best PC game of 2007 *: This time you have to look at events through the eyes of Sergeant Sykes. An unremarkable operation behind enemy lines turns into hell when you find out that the enemy has captured an object that could affect the outcome of the war as a whole. Now your task is to intercept this load. At any cost.
▪ Dynamic gameplay: new weapons and equipment, a new photorealistic terrain, a fully interactive battlefield!
▪ Improved AI system: opponents are smarter, tasks are harder, and AI allies are smart!
▪ The package includes a new team game module – Crysis Wars®. New game modes, 21 maps, including 7 brand new ones – there is where to turn around!
▪ To run Crysis Warhead, the original game is not required.